Classroom Tech: How Virtual Reality is Helping to Bring Learning to Life

The way that we learn has evolved over time, from philosophers passing on their secrets via word of mouth to the invention of the Gutenberg press and the rise of the World Wide Web.

And with the 21st century well underway, tutors and teachers for all age groups have access to a new generation of learning tools that have the potential to revolutionise the field of education.

Tech in classrooms is nothing new, and it’s not uncommon for pupils to use laptops and tablet computers during lessons. And, with studies showing that iPads boosted maths scores by 20% and increased pass rates by 49% at separate schools, it’s hard to argue against its efficacy. But iPads and other tablets are only the beginning.

A New Generation of Classroom Tech

One of the biggest current trends in the tech industry is the rise of virtual and augmented reality. By 2018, it’s predicted that the total number of virtual reality users will reach 171 million, while revenues are set to increase by over 3,000% over four years.

And virtual reality isn’t just for gamers – it can also be useful in the classroom because it engages different learning styles. Auditory learners learn by listening, visual learners by seeing, and kinaesthetic learners by touching things and interacting with them. Virtual reality is a mixture of all three.

In fact, a number of new startups are developing technologies that blend virtual reality and the world we see before us. Most notably, Pokémon Go used augmented reality to become the most downloaded iPhone app in the world in 2016, although it’s only educational if you’re learning how to catch ‘em all.

What This Means for Publishers

Publishers have always had a responsibility to change with the times, and doubly so when it comes to the field of education. It’s important for publishers to begin with, so that they can continue to innovate for their readers, but the advent of new technology also opens up whole new opportunities for non-fiction books in particular.

Virtual reality tools allow educational publishers to blend audio and video with written text, offering the potential for 360-degree views and interactive lessons and tutorials. While the technology is still in its infancy and it’s far from perfect, the potential applications are virtually limitless.

Luckily, there’s plenty of activity in the education sector, too. Companies like zSpace, Alchemy VR and Immersive VR Education have set up shop, dedicating themselves solely to providing schools with packaged content and teacher training. Google has joined the fray too, providing thousands of schools across the world with a temporary VR kit as part of their Pioneer Expeditions programme.

Of course, price will always be a barrier for new technology, as schools and educational facilities have to make the most of their limited budgets. But the basic technology doesn’t have to be too expensive – as shown by kits like Google Cardboard ($20) and Samsung Gear VR ($99) – and it’s likely to become cheaper over time.

There’s still work to be done before virtual reality becomes as ubiquitous in the classroom as the exercise book, but there are already early signs of the technology’s potential. In the future, we can expect to see truly immersive learning experiences in which a new generation of teachers will be able to bring any subject to life.

This all signals a fundamental move in the way that we prepare our children for the future. We’re moving away from ‘learning’ a topic and starting to allow kids to ‘feel’ it. This is good news for pupils, because it’s often easier to see and hear something than to have it explained to you.

The Future of VR in the Classroom

Imagine a school where there’s a field trip every day, only without the stress of loading students into a bus and having to drive them somewhere. When kids get home, the question will change from “what did you do at school today?” to “where did you go at school today?”

Teachers will be able to build lesson plans using customisable tools that are developed specifically for that purpose, or they’ll be able to use off-the-shelf software from third-party developers who specialise in the education industry. Whole classes will be able to experience virtual and augmented reality as easily as watching a DVD or visiting a computer room.

Meanwhile, haptic feedback and other real-world crossovers will become more common. Companies will develop technology to allow VR users to feel wind, smell the ambience, and even to reach out and interact with virtual objects through real-world gadgets. VR will go from being a promising experiment to a truly immersive experience.

The more you think about it, the more you start to realise the potential of virtual reality in the classroom. There’s a long way to go before VR becomes truly ubiquitous, and the future of the technology lies in the hands of software and hardware developers, as well as their customers and investors.

But while our current technology isn’t perfect, it still has a lot of value, and you’d be wise not to dismiss it out of hand. VR isn’t for everyone, and every student has a different way of learning, but you might just find that it brings subjects alive in a way that nothing else can compare to.

This post is written by Marc Defosse, the founder of Ribbonfish. This tech startup provides innovative solutions and consultancy to the publishing and media industries. With a focus on Salesforce & Microsoft cloud platforms, the company builds impactful enterprise software for the digital age. 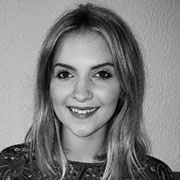