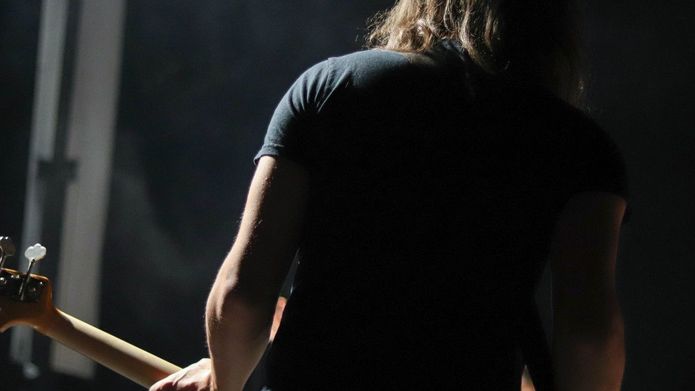 How Manchester’s Musicians First Got Started With Music

Even Manchester’s greatest musical exports, the likes of Oasis and The Smiths, had to start somewhere.

For most musicians, it starts with a single lesson. That lesson then blossoms into a blazing passion for their instrument.

Whether it’s piano or guitar, trombone or harp, learning to play an instrument can be extremely rewarding.

Almost every child dreams of being a pop-star, and whilst they might not necessarily reach the heights of stardom, allowing them to follow their passions and pursue their dreams will make them well-rounded, creative members of society.

We recently asked some of our students and parents for questions to pose to some of Manchester’s top musicians.

We learnt a lot about how they first got started on their musical journeys, what inspired them to pursue a career in music, and what their favourite thing about being a musician is.

Louis is a songwriter, performer, and Musicians’ Union activist. Having toured around the world, both solo and with his band, The Bedlam Six, Louis now writes for musical theatre.

“Most guitarists I know are a combination of taught and self-taught - music lessons give a practical proficiency and then personal experimentation leads to the discovery of one's own unique style.”

Like most other musicians he knows, Louis didn’t start off learning the instrument he then went on to play professionally. While people might now recognise Louis as an excellent guitarist, he originally started off learning the saxophone at school.

Louis argues that learning any instrument is a fantastic way of developing the creative parts of your brain. By learning one instrument and then switching to another, you’ll have a much better idea of how music works, and will forge better relationships with other musicians.

He points out that to make a successful career out of music, you need a lot of different skills, including accounting, law, and marketing. So make sure you develop a wide range of abilities!

Louis’ Advice On Learning An Instrument

“Learn the way you want to learn and be honest with your teacher about what you want from this skill.”

Louis’ music career almost ended before it had even begun. He failed his Grade 2 exam and was so distraught that he felt like giving up completely. His tutor suggested that they work through the syllabus but without taking the exams, so that the pressure would be relieved.

This flexibility and lack of pressure suited Louis far better; all he really wanted to do was play live in a rock band.

A final piece of advice? Listen. Always listen to music. Whether it’s made by professionals or by your peers, Louis believes that music should fundamentally be shared with others. If the listening stops, so does the music.

“It's a great way of meeting interesting people, both in the arts and life in general.”

When Louis meets the audience after a show, he interacts with all manner of people, from different walks of life. He also loves crossing paths with other musicians, learning from them and sharing their experiences.

He says that despite the media warning against a broken-down, fragmented society, working in the music industry helps you to meet some fantastic people, who you might otherwise never have interacted with.

You can find out more about Louis and listen to his music here.

One Little Atlas, The Dreamy Duo

One Little Atlas are an electro-pop duo. They create sweeping aural soundscapes, like self-contained soundtracks to an unseen film.

“I learnt to read music on acoustic guitar with a tutor, learning jazz progressions, bossa nova rhythms as well as pop hits of the time. It gave me the best grounding as a guitarist and I recommend learning as many styles as you can from an early age.”

OLA’s guitarist took his first foray into music by learning acoustic guitar with a tutor. He learnt a range of styles, encompassing both chart hits and more niche areas, such as bossa nova and jazz.

He believes it was this genre-spanning education that helped make him the musician he is today.

Their pianist has always struggled with reading sheet music, and even now finds it difficult! Despite this potential weakness, he initially learnt to play music by listening to it and playing along.

After a while, he was able to achieve more knowledge of how scales and chords work, and is now able to utilise this in OLA’s music.

OLA never thought they could make a living from music, at least not at first. They felt that the industry was looking for one type of mainstream pop artist, and everyone else would fall by the wayside.

They soon came to realise that if you put in the hard work and perseverance, people will start believing in you and the music you want to create.

One Little Atlas’ Advice On Learning An Instrument

“You should try learning as many different styles as you can.”

While most budding musicians might have a preferred genre of music they want to make, OLA believe it’s important not to limit yourself to a specific type of music. Listening to different artists is a great way of developing your own sound.

They also recommend that you don’t force it, and be patient. Learning an instrument can take time, so you need to make sure you put the time in. Practice makes perfect!

“We love creating original pieces of music from scratch.”

Some musicians, like Louis above, love playing live in front of an audience. For OLA, the best thing about working in the music industry is being able to create new pieces of music from scratch.

Starting with nothing and slowly building it up into something that people want to listen to makes all the hard work worthwhile.

You can learn more about One Little Atlas and listen to their music here.

Urban Myth have been playing festivals, corporate shows, and private parties for over ten years! They know how to get the party started with their music, playing late into the night.

“Learning an instrument is an activity that never seems to get tiresome! Once you learn to play an instrument, it is something you can do for the rest of your life!”

With a wide range of musicians from different backgrounds, Urban Myth’s members had many different routes into music.

Their two guitarists and bass player first learnt to play by ear, simply listening to songs and figuring out how to play them. They used chord charts to understand exactly what it was they were playing.

Urban Myth’s keyboard player started out by having lessons with a tutor, eventually transitioning to learning by ear once they had a grasp of the basics.

Every one of Urban Myth’s members had dreams of playing live when they first started learning. They believe that wanting to play music with others is a natural yearning that develops as you become more proficient at playing your instrument. It’s a great way of seeing how far you’ve come!

“You must be patient and be prepared to put the time into practicing!”

If there’s one thing that Urban Myth think you should remember when you first start learning an instrument, it’s that you need to put the time in.

The only way you can learn to play an instrument to a good standard is by taking the time to practice it. That doesn’t just mean turning up to lessons with your tutor, it means setting aside some practice time each and every day.

“The best part of being musicians is performing and seeing the audience absolutely enjoying themselves on the dance floor or watching from their seats (or on their feet!) in admiration.”

Urban Myth have played countless shows in their 13 year lifespan, but even now they love looking out at the audience and seeing the smiles on their faces.

There’s nothing quite like having audience members approaching you after the gig and tell you how much they enjoyed it. For Urban Myth, that makes all of the practice worthwhile.

Knowing that you’ve done something to make a lot of people happy brings with it a lot of personal satisfaction.

You can find out more about Urban Myth and listen to their music here.

UkePunk are a punk band with a twist — they’ve swapped the distorted guitars for ukeleles!

“I play the guitar too but my main instrument is now the uke. They are much more fun!”

UkePunk’s line-up are all mostly self-taught, though rather ironically the ukelele player now teaches kids to play.

The ukelele player initially started by learning to play the guitar, but came to discover that ukelele was far more fun to play.

Equally, the keyboard player started off playing guitar, and then made the switch over to the piano.

While UkePunk’s frontman had dreams of playing music for a living, he never thought it would actually happen. Circumstances, however, eventually led him to where he is today.

UkePunk’s Advice For Learning An Instrument

“Take things slowly, don't run before you can walk.”

UkePunk see learning an instrument as being similar to running a marathon. It’s best to take one step at a time, and not to rush into it.

Learning to play an instrument well is a long-term commitment, and so it’s important not to get too burnt out and exhausted early on.

Perhaps UkePunk’s biggest piece of advice is to never give up. If you truly want to learn an instrument, then keep on learning and you’ll get there eventually.

“It means the world to get praise for something you have created.”

UkePunk love all aspects of music, including both playing live to an audience, and the songwriting process.

They love the journey from start to finish, beginning with writing the song, and ending with performing it to a crowd.

Receiving praise for something that you brought into the world is one of the best feelings you can experience.

You can learn more about UkePunk and listen to their music here.

Bassist Scott's musical journey started in school, then eventually outside the classroom with a tutor in order to master the trickier power chords and scales.

Scott then turned to books and tabs from favourite bands such as Oasis and Nirvana to refine his skills and discover the sound that he would take into the band.

"My favourite part is being able to express my creativity, being able to take a musical idea and work on it with my friends into a fully formed song that is fun to play, it’s a great sense of achievement"

Tio Rico love being able to create something from nothing, they love the ability to build a whole song out of one initial spark of musical inspiration.

The three friends love to be able to work collaboratively, combining all their creativity together and sharing the sense of achievement that comes with making music.

You can hear Tio Rico and learn more about them here.

Each of the musicians we spoke to for this article took different journeys to get to where they are today.

But despite playing different instruments, learning in different ways, and enjoying different aspects of the job, they all have one thing in common — none of them regret it.

Learning an instrument might not make you the next Oasis, but it will be an enjoyable and rewarding experience.

And, like any other journey, your musical marauding starts with a single step. What is that step? Well, it’s finding a tutor, and booking your first lesson.

We can’t wait to see you shooting up the charts! 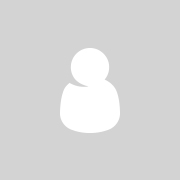